This excellent animated video came out in 2010 in response to the failed 2009 Copenhagen Summit. It advocates a network of organisations that together could crowd-source solutions to the climate crisis, namely:

It’s a brilliant vision and, like they say, “a swarm can be smarter than any one of us working alone”.

But now it’s ten years on, and we’re left wondering why hasn’t it happened yet? Why haven’t we established the three oragnisations named above? Why aren’t we collaborating at scale to fix the urgent issues which affect us all?

Maybe these were ideas which were ahead of their time – but they are clearly and urgently needed now. It seems nobody is going to do this for us… we have to make this happen ourselves!

From the old Coalition site (needs flash to work):

‘Coalition of The Willing’ is a film that discusses how we can use new internet technologies to leverage the powers of activists, experts, and ordinary citizens in collaborative ventures to combat climate change. Through analyses of swarm activity and social revolution, ‘Coalition of the Willing’ makes a compelling case for the new online activism and explains how to bring the fight against global warming to the people.

Join the swarm at OPEN 2020 – there isn’t any more time left for procrastination and deliberation. Let’s collaborate to deliver genuine solutions. 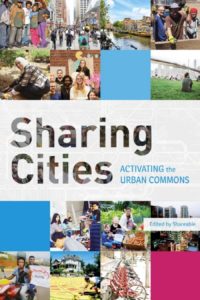